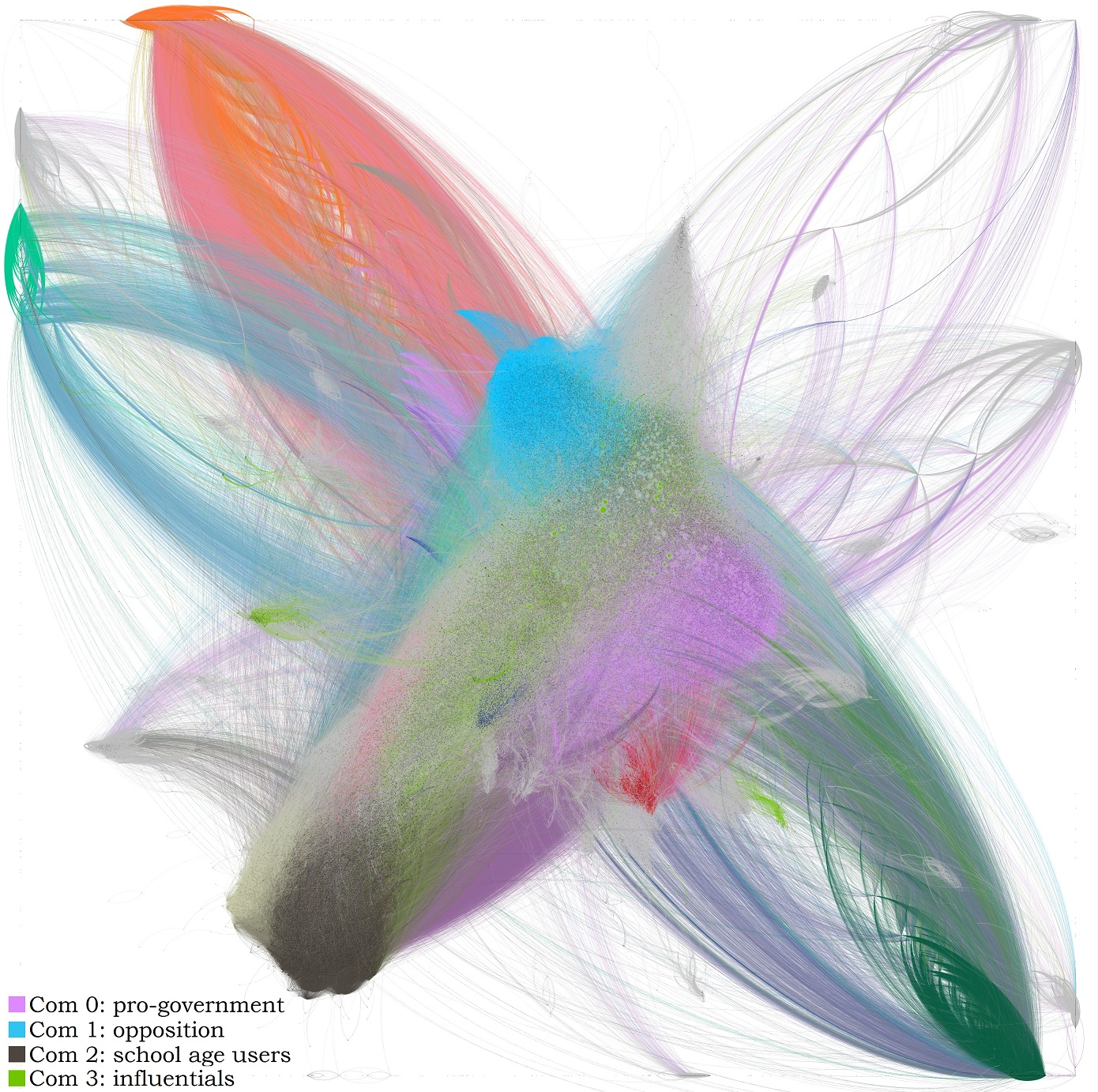 A political user graph is pictured to the left, where each node (or dot) represents a user and the edges (lines) are the follower links between users. The size of each user's node represents the number of other users who follow them. Nodes are spaced relative to each other, as users who are highly connected (such as directly following each other or connected through their friends) are close to each other, and those who are sparsely or not at all connected are placed far apart. This places nodes into natural clusters within communities they themselves have created. Finally, nodes are coloured according to the community they are in, which can be detected statistically.

The resultant 'pollock' shows a couple things. Russian political users self-segregate (based on who they follow) into distinct communities. Unsuprisingly, this online self segregation parallels wider political segreation in Russia:

Daily reaction by each of the four communities